Riding a smooth, tall wave is easier than ever thanks to a series of innovations developed by Malibu Boats. The advanced technology enables wakesurfers to form customized wakes using simple components instead of shifting weight and tilting the boat.

Malibu’s legendary wakes and waves all start with the Integrated Surf Platform, or I.S.P.™ The I.S.P. system is made up of several different components that work together to give each specific model a wake or wave that’s big, clean and easy to adjust. The main three are Quad Hard Tank™ ballast, Power Wedge™ III and Surf Gate™.

How to Use Malibu’s Quad Hard Tank Ballast

The foundation of your wake or wave is Quad Hard Tank ballast. This weighs the boat down with thousands of pounds of water that makes the boat create a bigger wake or wave. For most situations, you can just fill the ballast and go, but it helps to know a little more if you want to customize your wake. The general rule is if your wave is too steep, put more weight in the front or take weight away from the back. If your wake has white water on one side, move weight to that side or take weight away from the other side. It’s as simple as that. If you want a pro-level wake or wave, opt for Plug ’n Play ballast, which adds weight on top of your Quad Hard Tank in the back and gives you the biggest wake Malibu has to offer.

How to Use Malibu’s Power Wedge III

Malibu’s all-new exclusive Power Wedge III can add up to 1,500 pounds of simulated ballast to your boat with the push of a button. It happens in seconds and it’s a critical part to making your perfect wake or wave. When you adjust Power Wedge III you can go from steep to a gradual and mellow wake without losing any of the mass the system brings into play. The farther down you adjust Power Wedge III the more gradual your wake or wave will be. When you have a junior or beginner wakeboarder who doesn’t want as much wake, drop your speed and put Power Wedge III into Lift Mode, which gives you a small, approachable wake but doesn’t sacrifice on that perfect Malibu shape. Power Wedge III’s Lift Mode packs its biggest punch with its ability to help the boat plane off, cutting that time drastically.

How to use Malibu’s Surf Gate

Surf Gate allows you to make a wave on one side of the boat or the other by simply pushing a button. The boat should be evenly weighted from side to side to make a wave. When you’re ready to surf, fill the Quad Hard Tank and hit the button for Surf Left or Surf Right from the Malibu Command Center to generate a huge, clean wave. From there, it’s all about adjusting the steepness of the wave with Power Wedge III to get the perfect shape.

You can do all this from the Malibu Command Center at the dash, or for ultimate control you can do it while you’re riding by wearing Malibu’s exclusive Surf Band™ wrist remote. Surf Band lets you adjust the tower speaker volume, boat speed, Power Wedge III and surf side without having to coordinate with the driver. You see real time changes while you’re riding so it’s never been easier to dial in your perfect wave on either side. Surf Gate can quickly transfer from one side to the other while the boat is underway so you can hop from frontside to backside while you’re riding. Just hit the button on Surf Band, wait to hear the indicator sounds and go over to the other side.

Surf Gate also automatically tucks itself back into the boat when you go under seven miles per hour, which makes for ultimate slow-speed maneuverability. You never have to think about it, Surf Gate just does it for you. 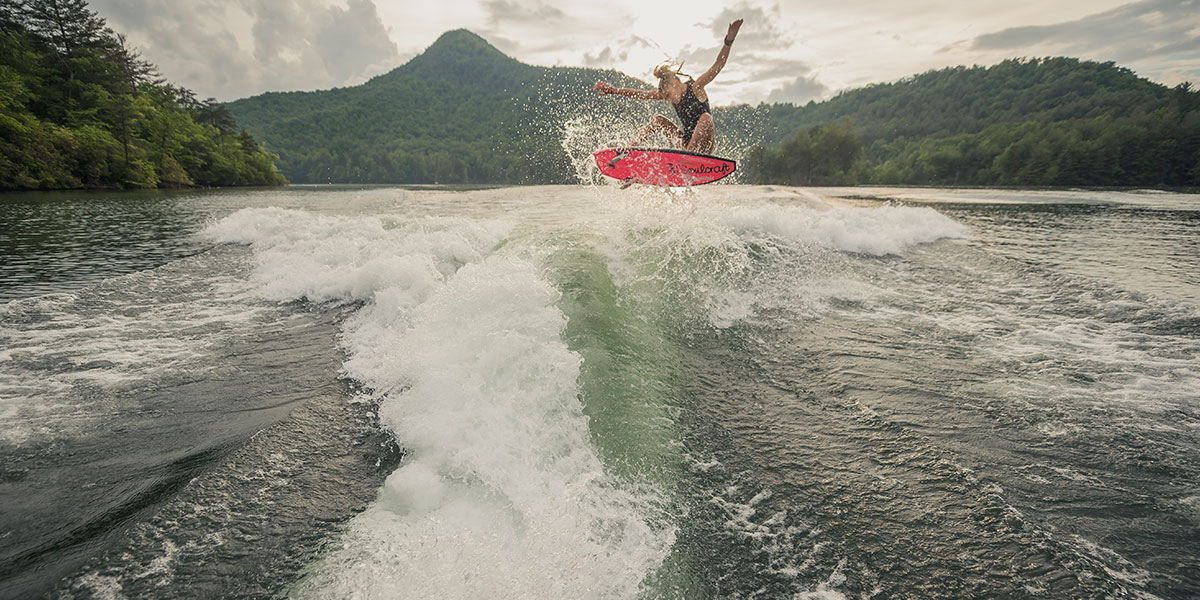 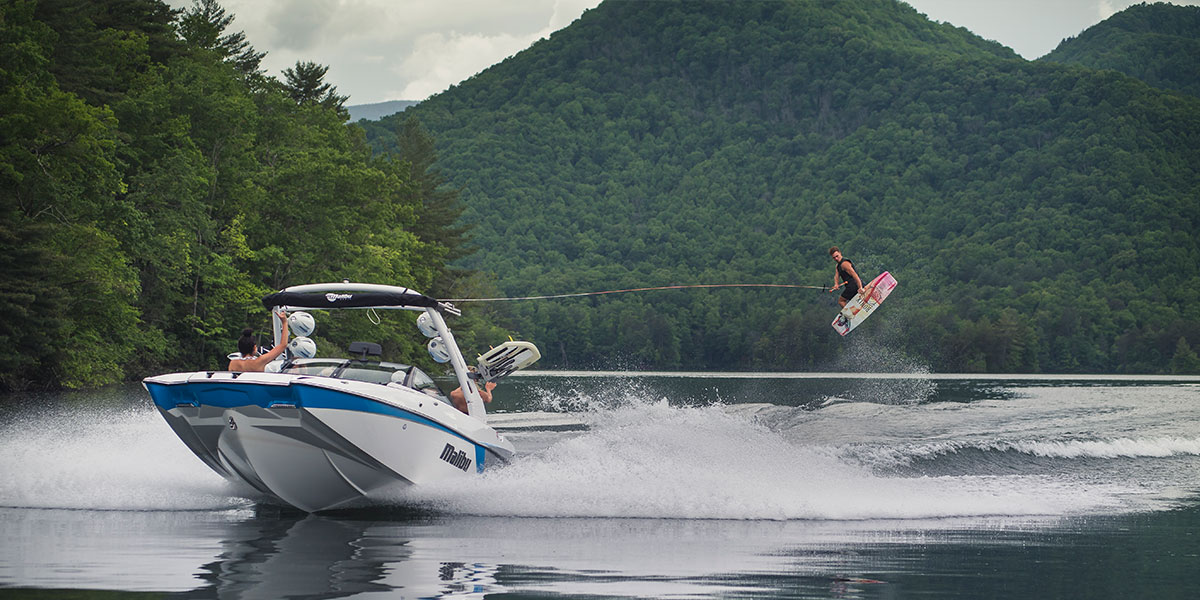 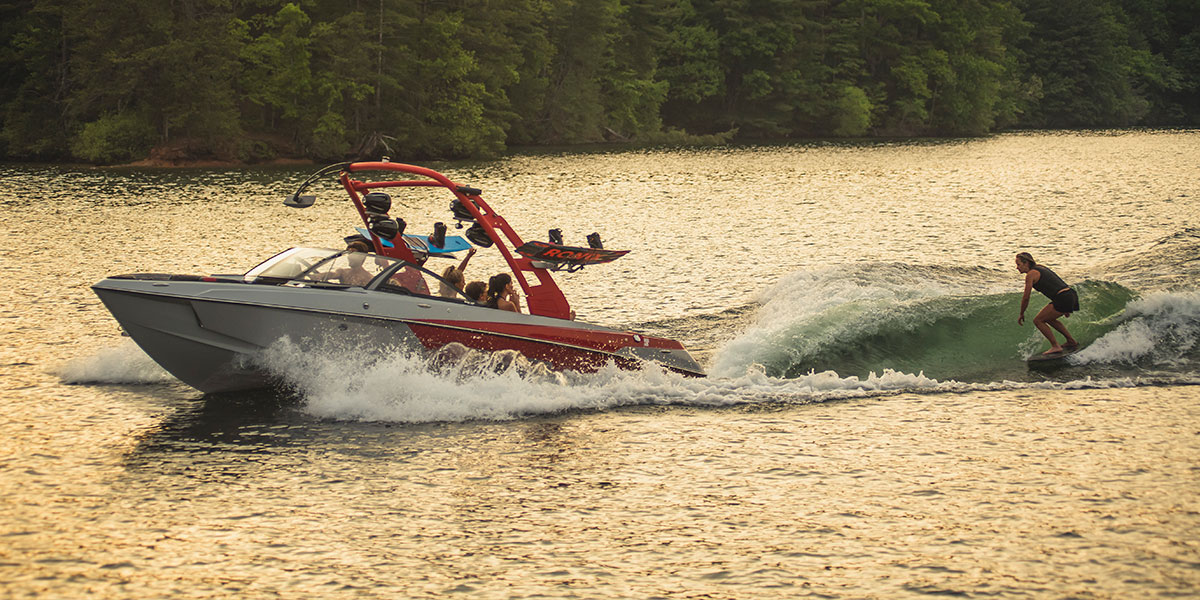